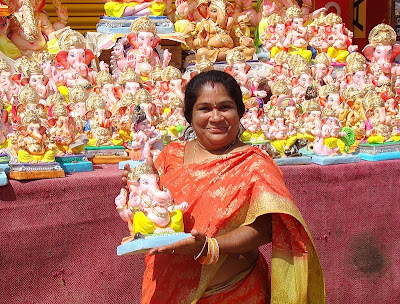 Suddenly, the streets were full of people selling brightly coloured statues of Ganesh 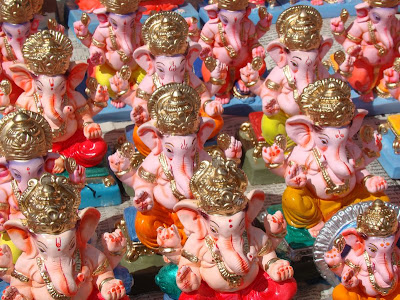 in preparation for Ganesh Chaturthi, a festival in the god's honour. 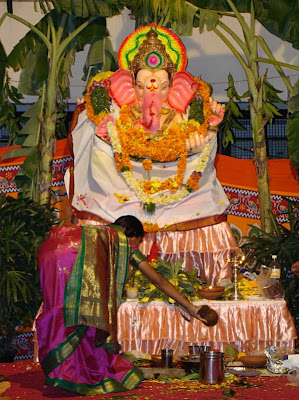 People had erected a statue of Ganesh in the parking lot of our apartment complex. On the first day of the festival, we went there to check it out. 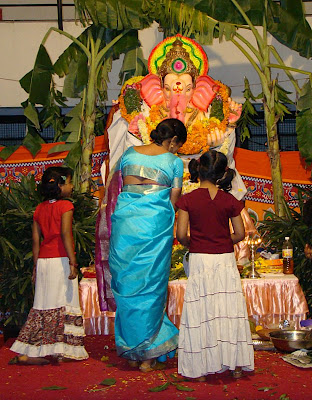 We were welcome to participate in the activities. A chanting priest doled out perfumed rice to throw at the statue, passed some holy fire around, gave us some sweet yoghurt to drink and collected donations. In the end, we got a whole meal - rice with vegetables, some sweet dessert and a banana. 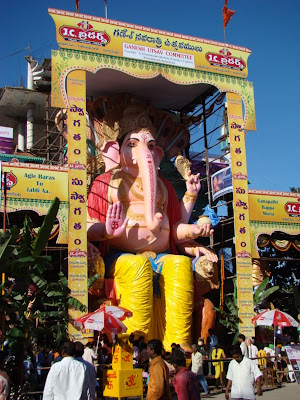 My Hindi teacher had mentioned a huge Ganesh statue in the city - the biggest of all! We had to see that one, too. 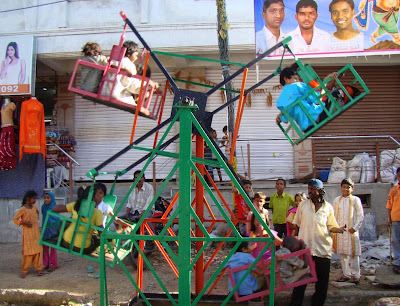 There was a bit of a fun fair nearby, with a hand-activated merry-go-round. 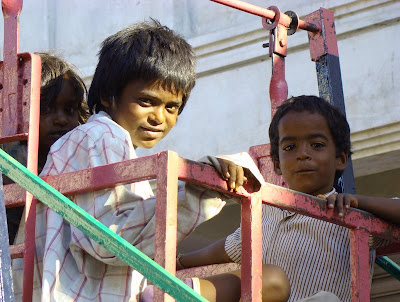 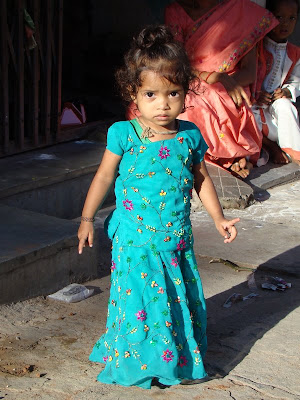 Dressed up for the festival? Maybe, maybe not. Indian ladies and girls don't need a special occasion to wear festive clothing. Even beggars often wear pretty clothes and jewellery. 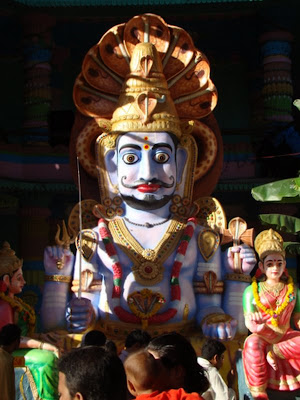 Shiva and (much smaller) Parvati - Ganesh's parents. Shiva is holding a sword - probably a reminder of how he cut off his son's head so that it had to be replaced with the head of an elephant. (In his defence, he didn't know it was his son at the time. A misunderstanding.)