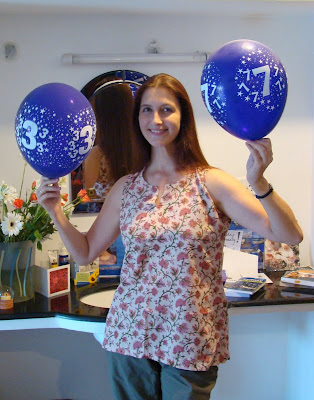 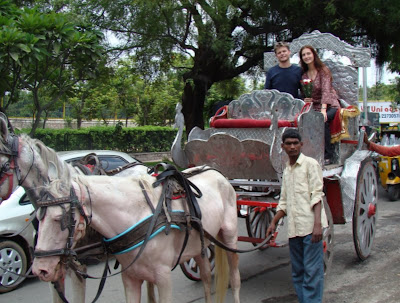 after a lot of nice surprises, 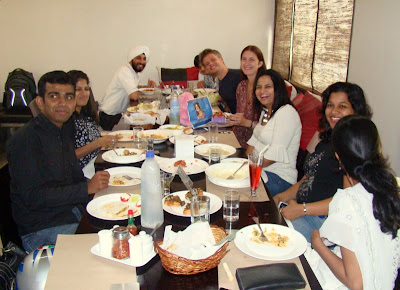 including lunch with friends at Little Italy, 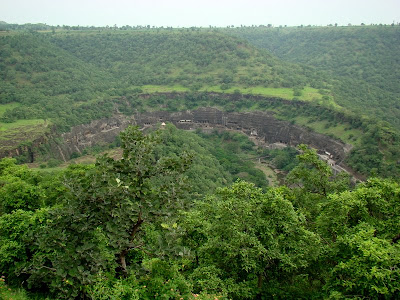 we took the night train to Aurangabad and then a hired car to Ajanta.
Ajanta is famous for its Buddhist temples carved from rock (the curved rocky part in the picture is all temples). At breakfast, we were lucky to meet American professor Walter Spink, an expert on the temples. He gave us some useful tips and even very kindly offered us to use his shower! 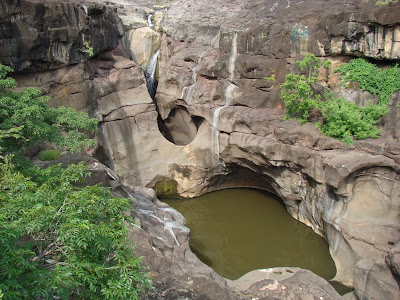 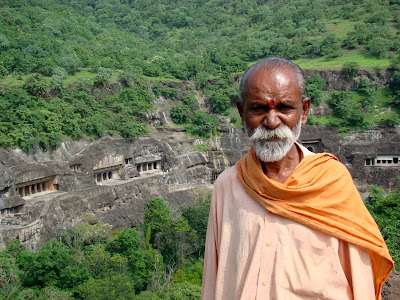 A guide led us to the temples through beautiful nature with some attractive little detours. Much nicer than just driving up to them. 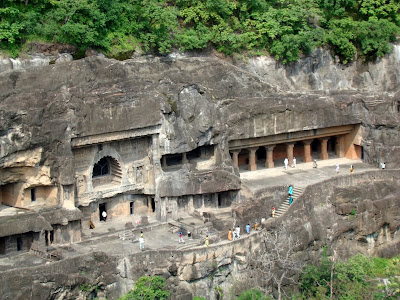 The temples were carved out of the rock between 200 BC and 600 AD (but most of the work seems to have been done around 480 AD). They were then forgotten for more than 1000 years and rediscovered in 1819. 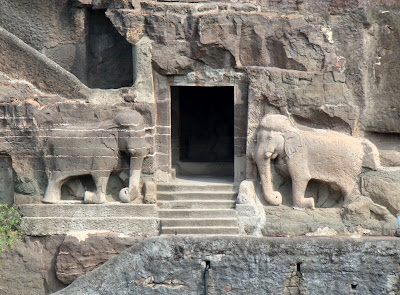 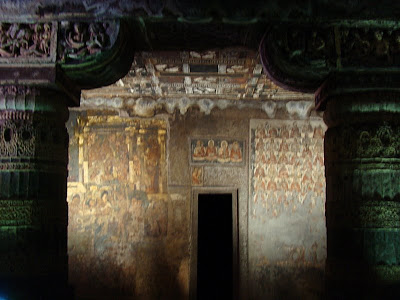 Many of the temples are covered with paintings. 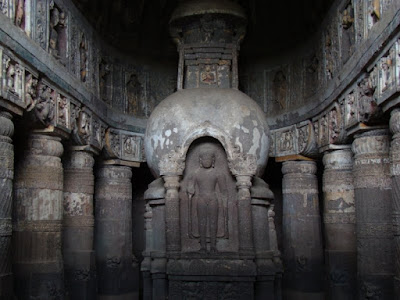 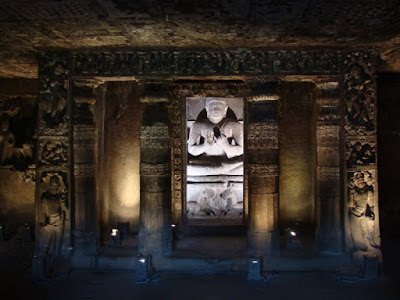 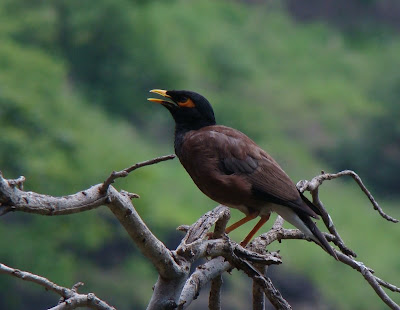